We have been dreaming of welcoming you to join us for a special retreat at the Gardens of the Gods, the Villa Kefalomandouko in Corfu, Greece.

HOW THE INTIMACY WITH OURSELVES FACILITATES the way in which we may accompany the unfolding of body-mind in the other was the founding experience which inspired the dream of sharing this work with passionate participants.

IN THIS INTENSIVE WEEK-LONG RETREAT WE INVITE YOU to an opportunity for transformation in both your professional practice and personal life. Each day guides you into more nuanced competences at the intersections of birth and body work.

TODAY WE UNDERSTAND THAT THESE FIELDS OF STUDY often lack communication with one another, so we aim to offer a unique pathway which aids in a self-development equipping you with advanced approaches for some of the most perplexing challenges we face in full-spectrum birthwork.

The daily workshops will span learning experiences in:

…we are open to a profound experience together and we will also provide opportunity for exchanging perspectives and processing, discussions, connecting in friendship and simply being in the magical old part of Corfu town or by the crystal clear waters of the Ionian sea.

THE COURSE WILL BE TRANSFORMATIVE IN THAT WE PRESENT THEMES THAT WILL ENHANCE YOUR UNDERSTANDING, LIVED EXPERIENCES OF THESE PRACTICES, AND YOUR SKILLS.

+ Where does the retreat take place?

We are honored to be hosted at Villa Kefalomandouko in Corfu, Greece. Spirou Rath 21B, kefalomandouko, Kerkira 491 00. This location is both remote, yet only 15 minutes from the Corfu airport and in walking distance of the city center.

Each day we will gather in the large workshop spaces, on the ground floor of the Villa.

+ When does the retreat start?

The retreat will take place on 4-10 October, 2021. We will begin the days in the mornings and close each day in the late afternoon/early evening. On the last day of the retreat, we will end in the late morning, allowing those who need to travel enough time to say goodbyes and close the experience with ease.

The registration fee will include the daily learning experiences and workshops with accommodation and breakfast directly in Villa Kefalomandouko. The rooms are limited. There will be some rooms that may need to be shared with separate beds. If you wish to have a private room, this is possible, but please get in touch as soon as possible to reserve your space and make any special requests. Internet will be available at the Villa.

We will all arrive and be welcomed to Villa Kefalomandouko on 4 October at 10am. We will have time to settle in and begin our welcoming in the morning. If health tests are required, we will make space and provide support in making this possible. After the morning courses and experiences, we take a pause for lunch each day from 1-3pm. Participants will have time to gather a meal in the town or cook for themselves in the kitchen of the Villa. There is space in the large garden for eating in quiet or in community with the others. We resume our course after the midday pause and continue until early evening.

+ What will you need to be prepared?

You will need comfortable clothes and notebooks for writing. If you have any special needs, you are welcomed to communicate them early.

+ How do you register for the retreat?

Please get in touch in the form below to arrange a call. We welcome your questions and would like to have a feeling for those who will be joining us, so that we can be sure that we are best prepared and that this is the right experience for you. An email will be sent to you with all of the registration details. 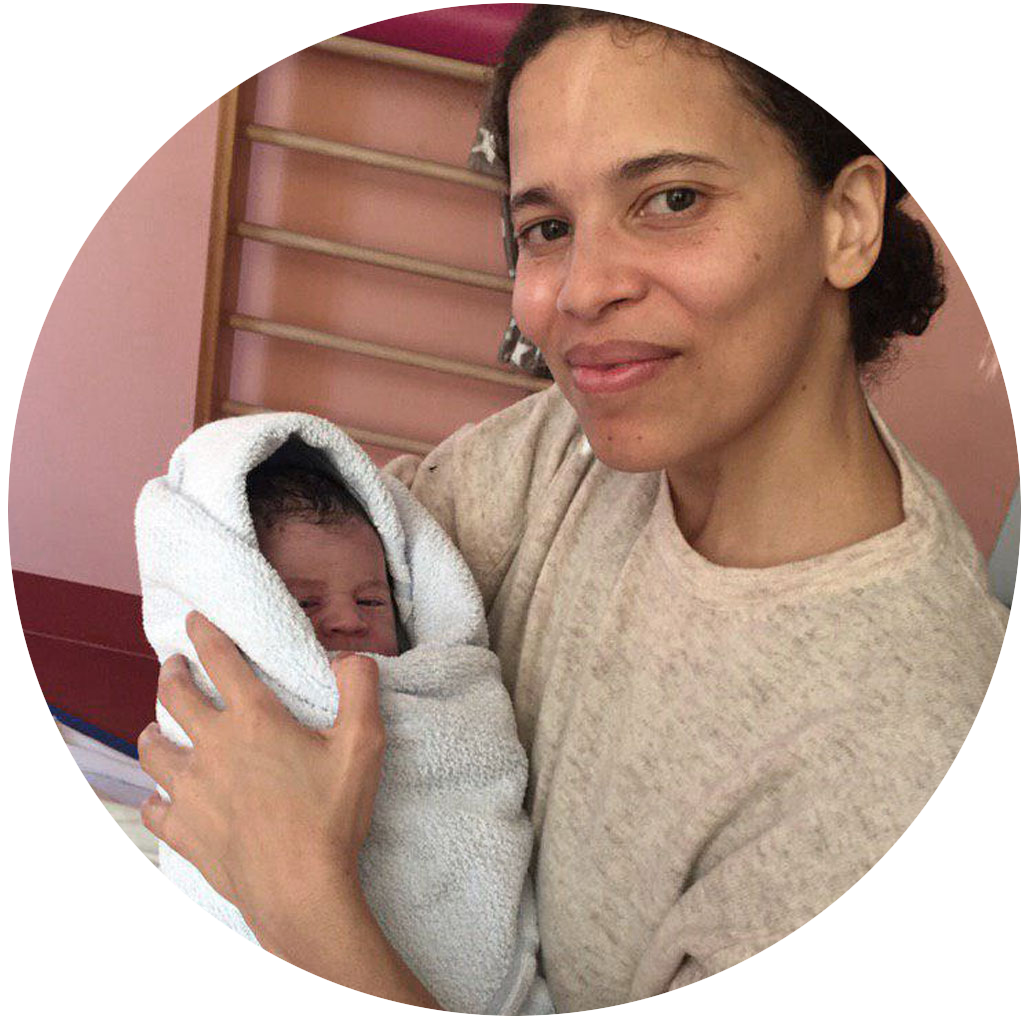 Camalo Gaskin is co-director of the Center for Doula Pathways and an experienced doula. The immersions and mentorship program she guides has aided participants from many fields, including midwives, medical doctors, bodyworkers, psychologists, scientists, and parents in developing new awareness in childbirth physiology, intersectional cultural competences and spirituality. Her depth of interest in childbirth physiology and the transcendent states of childbirth have been deepened in conversation with friend and mentor Dr. Michel Odent. In essence, her work looks at the value of becoming Guardians of Intimacy.

She is a ritual guide, author and lecturer on obstetric culture. She has contributed to public discourse through speaking, teaching and writing at the Huffington Post, Tonic Magazine, Clue, Midwifery Today conference, Savvy Contemporary with German Foreign Office’s “Long Night of Ideas”, The Primal Continuum of Human Development (PCHD): Birth Keeper Summit at the National Press Club in Washington D.C., CUNY’s New York College of Technology, Council on International Educational Exchange (CIEE), and act as a partner and expert patron for All Our Mothers (AOM). She founded a public conference to look at the future of how we birth with a series of public events with Dr. Michel Odent. 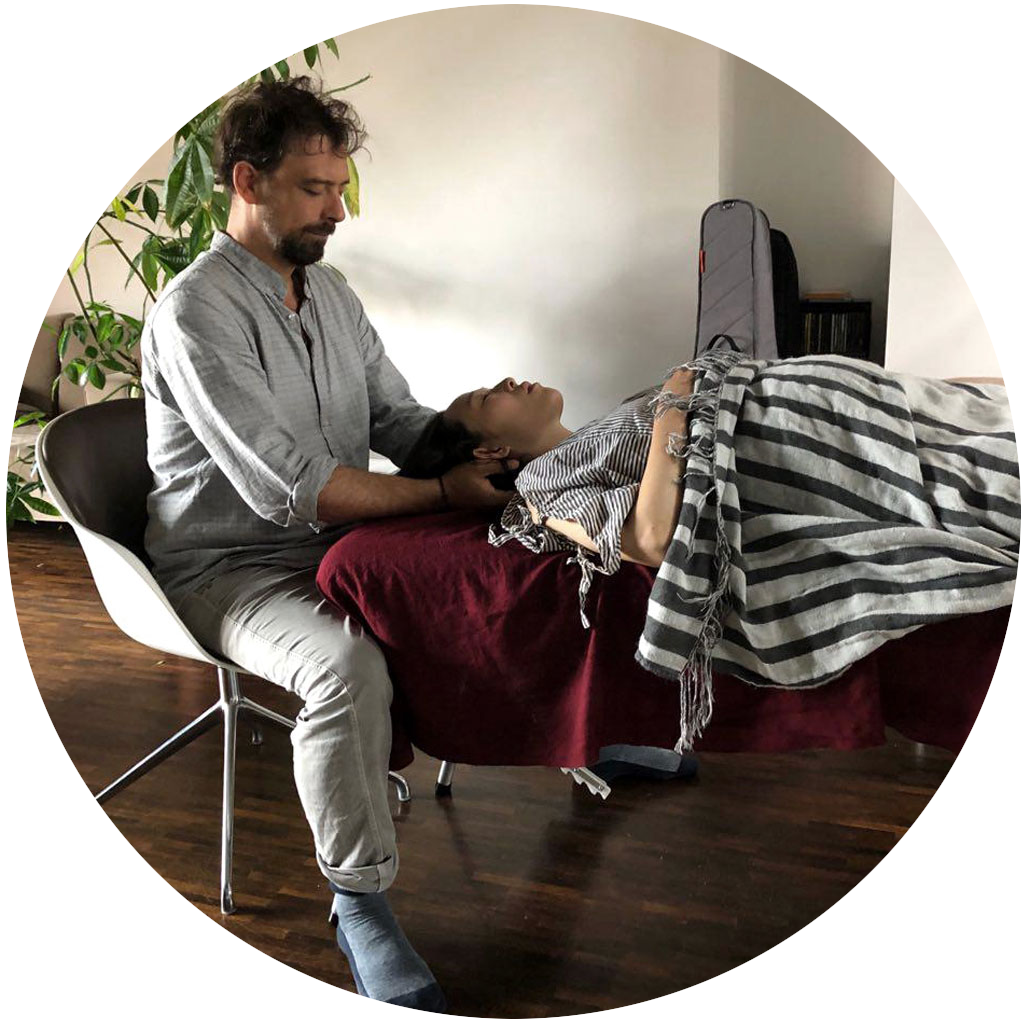 Marcello Windolph is the co-director of the Center for Doula Pathways, a certified Perceptual Educator and Fasciatherapist MDB. His treatments with pregnant people and babies are welcomed in resolving malpositioning and discomforts in the body and for psycho-emotional well-being.

In 2016 he was invited to the Spinning Babies International Confluence as a workshop leader and keynote speaker. He co-created the ITB (Integral Touch of Birth) intensive training for pregnancy bodyworkers with Deb McLaughlin and Adrienne Caldwell. Marcello travelled and taught internationally with Gail Tully from Spinning Babies, Jenny Blyth and Fiona Hallinan from Birthwork Australia, and others.

He completed a taoist foundation training in Xing Shen Zhuang in 2003. From this time on he devoted to the study and self research of this uncommon traditional taoist form intensively with Prof. Wang Ting-Jun in Europe and in China.

In 2010 he became a student of Wang Liping, the 19th generation lineage holder of the ‘Northern Dragon-Gate School Of Taoism’ in north east China, where he was introduced to new perceptions and a desire to utilise the developed competences as a pedagogue.

Marcello’s therapeutic approach is based in western scientific methods as a student of
Prof. Dr. Danis Bois (founder of Fasciatherapy MDB and Perceptual Education MDB). In the years assisting and learning with Prof. Dr. Danis Bois all experiences and training mentioned melted together and now inform the principles and methods that are the contents of Marcello’s teaching and therapeutic work. He has assisted the Perceptual Education MDB course at the University in Paris, France and the Fasciatherapy MDB course in Clermont-Ferrand, France.

“The perspective and the world view linked to the Doula Immersion was vital. The teaching was profound and essential and fundamental, it was perfect.”

“Camalo Gaskin has mastered the craft of delivering captivating lectures on obstetric culture and bias. The students go on to reference her lectures and material in their exam essays and talk passionately about the awakening they experience from this new body of knowledge. She encourages them to be both analytical, interdisciplinary, and empathic in their thinking.”

“The demystification of complicated anatomy and scientific concepts, a way to use them in a practical way for pregnancy and birth, and the actual experience of Marcello’s work were very important cornerstones of the Doula Immersion. The most profound part was integrating all of it and practising myself on another participant with his guidance, it brought it all into my understanding.”

“I’ve learned and keep learning not only practical resources for my work as a doula, but also how to love profundity and be without fear of it.”

“I think this information that Camalo is presenting is NEED TO KNOW info.”

“Marcello’s guidance was a life changing experience. I had experienced different bodywork techniques but his teaching at the Doula Immersion was like an ‘AHA moment’. Everything made sense for the first time. I will take this with me not only in my doula practice but in my life.”